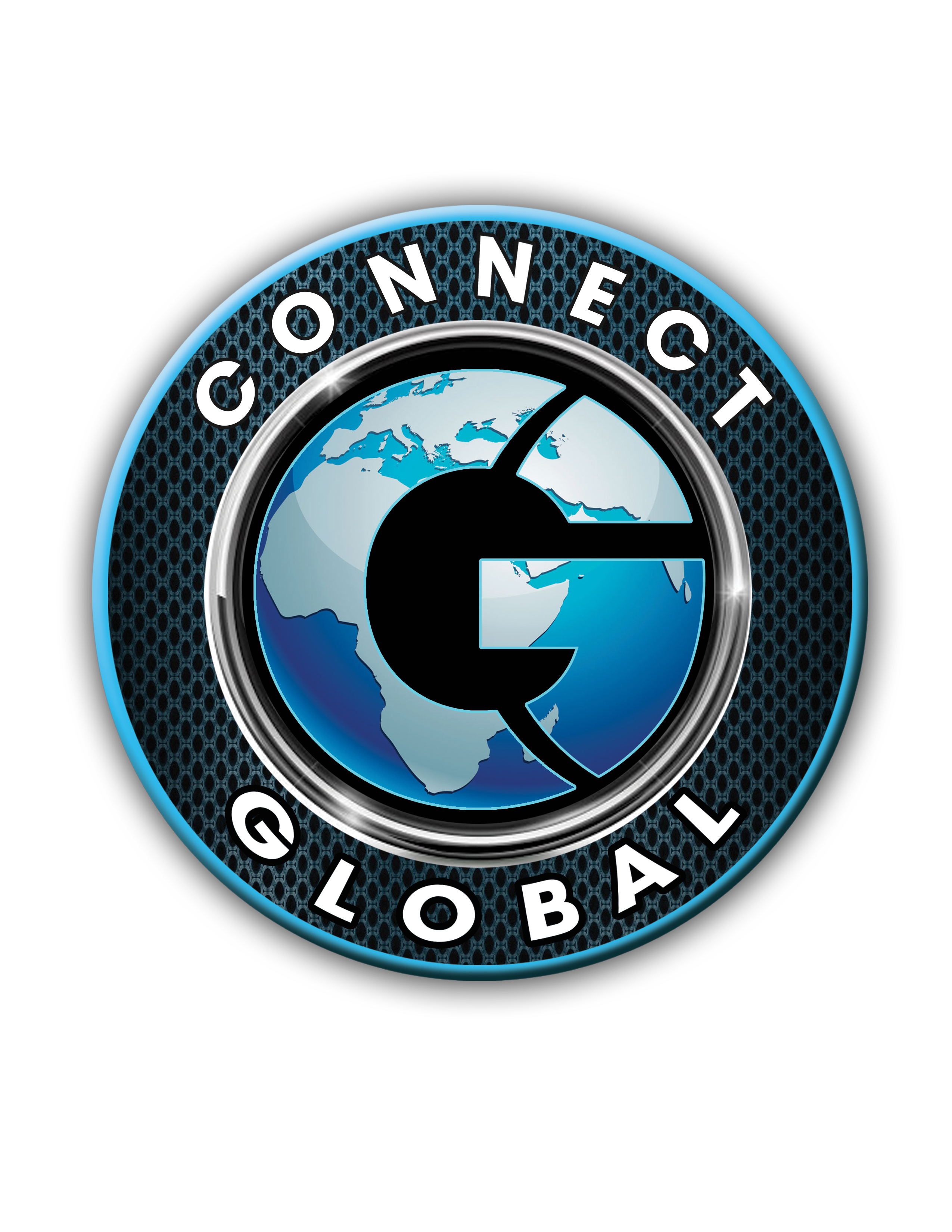 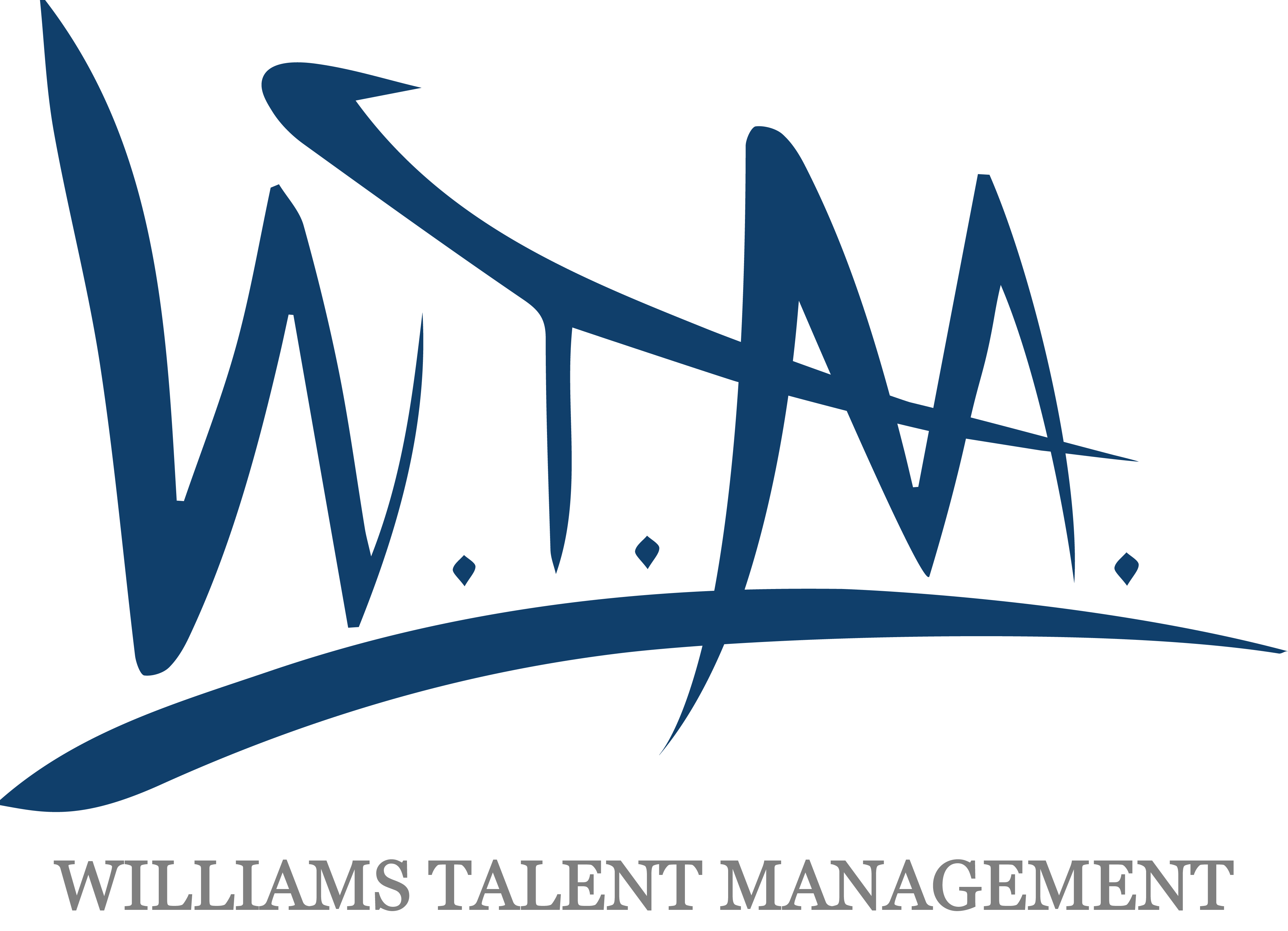 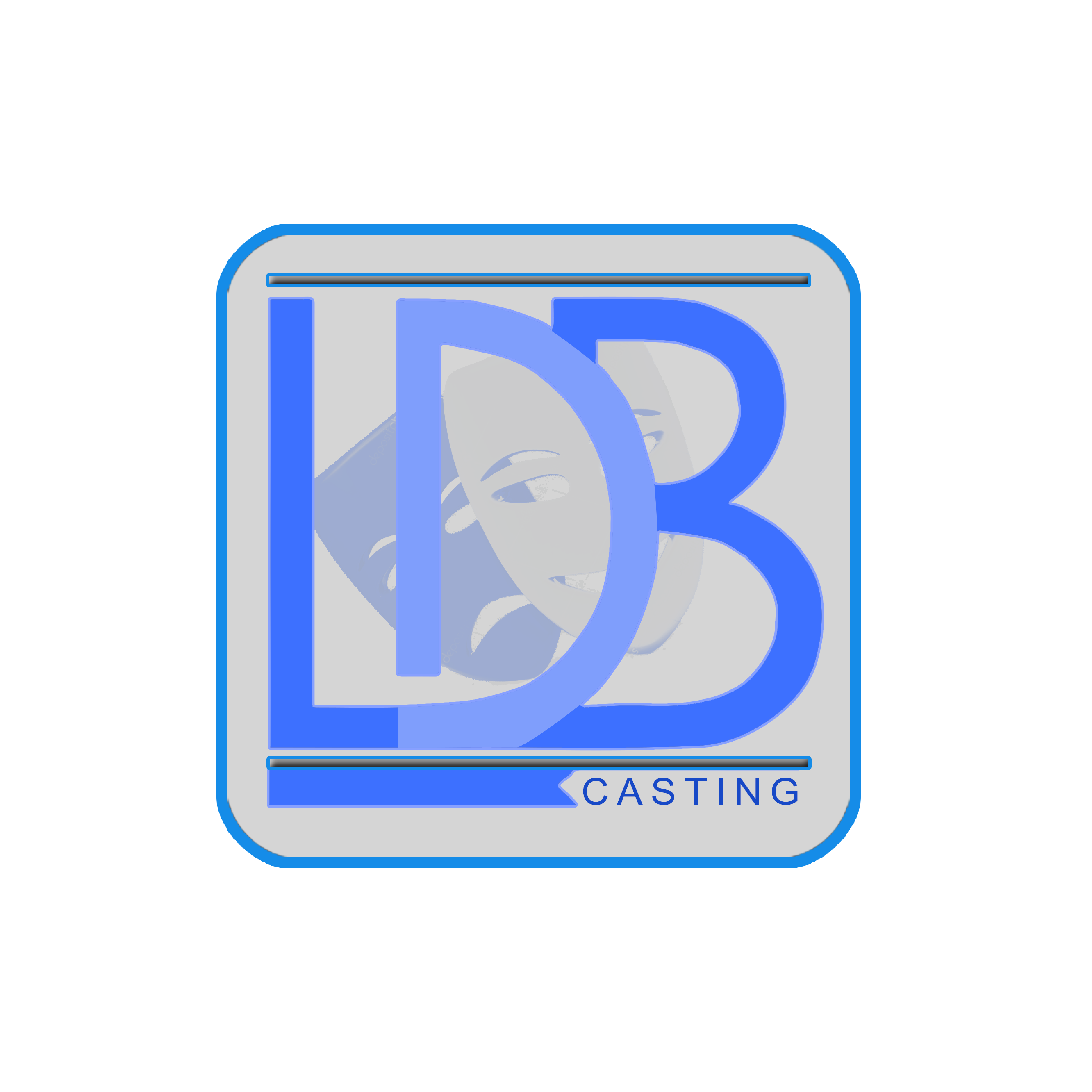 Empowering businesses in all industries and maximizing countless brands’ international reach, Connect Global LLC is a full-service marketing, management, and branding company responsible for the successful promotions of the most recognizable names in music, television, and film.

Owned by Hollywood heavyweights, former music executive Henry Butler and casting director Leah Daniels-Butler, Connect Global LLC is the mastermind behind numerous campaigns for big-name corporations and successfully broker distribution deals for popular beverage brands including water, energy drink, and alcohol companies. From manufacturing and sourcing apparel to working with the hottest TV shows such as Empire, Star, Being Mary Jane and BET’s The Quad, the Los Angeles based firm supports a diverse portfolio of clients in different stages of development across numerous platforms and outlets. Along with a credible entertainment reputation under our belt, Connect Global LLC operates as an insurance broker and assists in raising financing for a variety of purposes. We also boast a roster of clientele that includes multiple international B2C platforms, Diageo Brands, Ebony Magazine, Pantheon Talent, Supercoil Tech, and a host of other recognizable brands.

Connect Global LLC is your one-stop shop for a variety of business needs. Possessing the know-how and proven track record to help you reach your goals, you’ll see results in no time! Our highly skilled professionals and one of a kind approach to helping clients create and achieve their goals set us apart from the competition. The attention and effort we give to each customer are rooted in our belief that when you are good at what you do, there is nothing you can’t do. No matter what you’re looking for or the nature of your industry, our slogan says it all: “We do that too!” 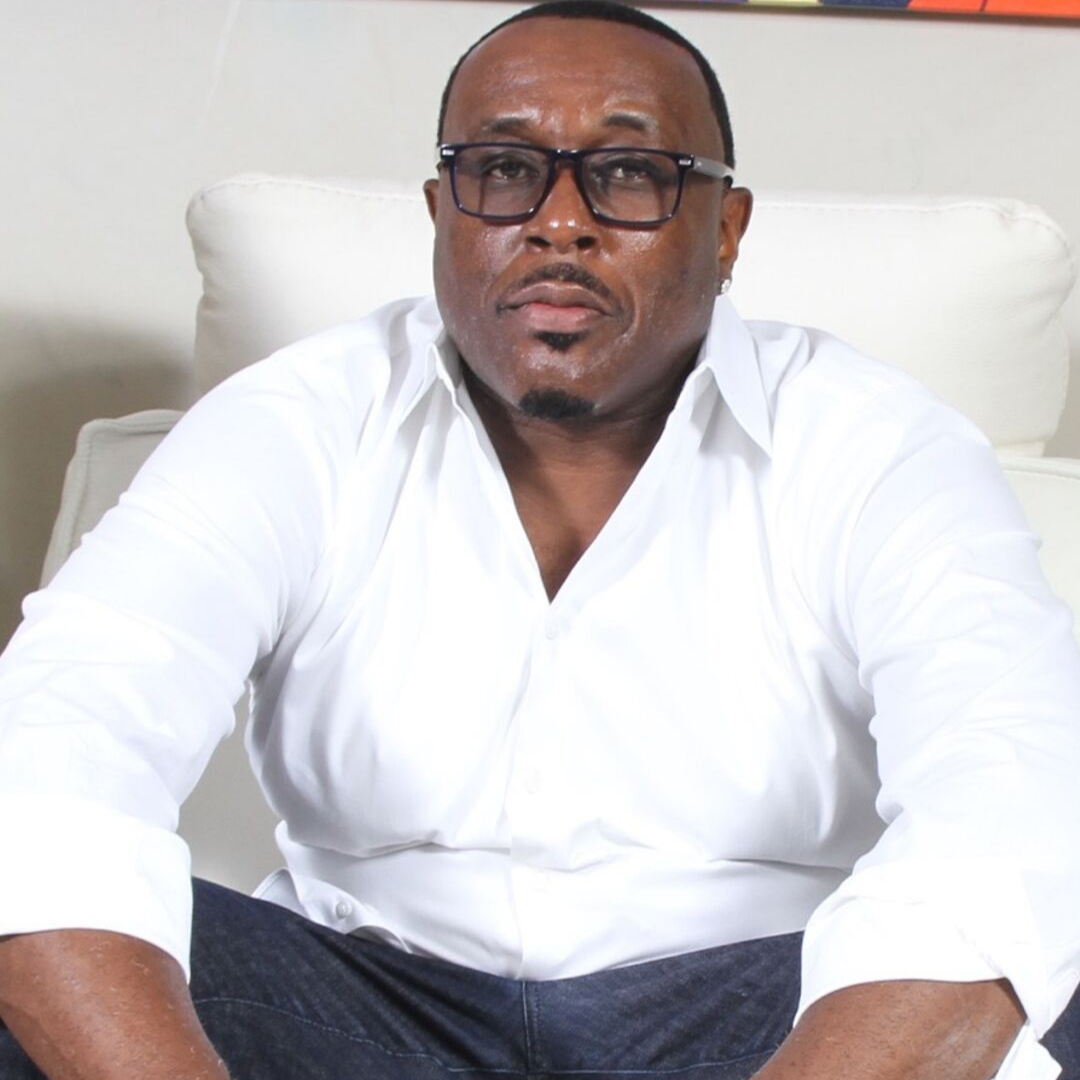 When it comes to making things happen, Henry “Blaq” Butler is a pro. The
founder/co-founder of numerous ventures, including Connect Global LLC, 1 One
Ninety 5, LDB Casting and his family owned business HLB 95, the parent
company of all his entities, Butler is a Los Angeles native that is no stranger to
working hard and seeing things through.
During the 1990s, he became a regular in the entertainment industry. Starting his
music career in the late 1980s, his notoriety as a savvy businessman became the
foundation of a reputation that precedes him to this day. Butler is a co-founder of
How Can I Be Down Music Conference and an executive at Loud Records where
he’s worked with the biggest artists in hip-hop, like Wu-Tang Clan, Xzibit, Big
Pun, Skeelo, and Teddy Riley. But his skills and talents go far beyond the borders
of music. A visionary that knows how to motivate people, he parlayed his
business savoir-faire into marketing and has worked on campaigns for
PlayStation, Pepsi, Tommy Hilfiger, Mecca and Enyce clothing companies, and
Red Bull. He also lent his expertise to Fox Network’s hit drama, Empire, the most
watched show on television.
Butler’s commendable run in Hollywood has given him the opportunity to use his
influence to be more than a “man with a plan” that garners results. Through his
love for people and his desire to help others, he is a vital supporter of countless
charitable endeavors. In fact, his constant involvement with non-profits led him,
along with his wife, renowned casting director Leah Daniels-Butler, and their five
successful children, to start Help, Give, Care Foundation; a 5013c that focuses
on equipping community-based organizations with the tools and resources they
need to help homeless populations in their local cities all across America. He
regularly makes contributions to worthy causes like activist Susan Burton’s, A
New Way of Life Foundation and works tirelessly with local youth football
leagues, which, among other things, prepare young men in urban areas for
careers in the NFL including his son, a professional football player and prime
example of Butler’s work with such programs. When it comes down to it, he is
more than a business mogul. He’s a giving person that has taught his family the
importance of giving back to the less fortunate.
Through personal experiences, including incarceration and working with a son
who suffers from schizophrenia, drug abuse, and at one time, homelessness,
Butler’s reflective attitude drives him to be a better person and teaches him to
focus on the positive forces in the community. From tutoring and supporting
internship programs to mentoring and feeding the homeless, his passion for life
and to see people make the most of theirs fuels his philanthropic efforts.
Henry Butler is a man on a mission. And with all that he has accomplished and
does on a daily basis, the best is still yet to come.

Larry O. Williams (Jr.) was born in the Entertainment business, Larry started his
professional acting career at the age of 6. By the age of 17, Larry had gathered
over 45 television credits, was considered for an Emmy, starred in dozens of
television shows, starred in an Emmy winning television special and was a Series
regular in HBO’s first scripted show First and Ten.
Even with such success and strong industry relationships, Larry chose to receive
his education first. Larry left the secure confines of Hollywood for the prestige of
attending the University of San Diego on a full baseball scholarship. After four consecutive All-Conference record setting seasons and 2 All American honors,
Larry completed his undergraduate studies and turned down a professional baseball career to pursue his love, but not without obtaining his B.A. from University of San Diego in Communications and a M.A. from the University of Southern California in Brand and Communication Management.
As a young actor and businessman, Larry is nurtured by such Executives as Troy
Carter, Topper Carew and Stan Lathan, Larry expanded his involvement in
Hollywood to include writing, producing and acting. In spite of his successes, Larry
answered a higher call to maximize his skill sets at the world renown William
Morris Talent Agency. At William Morris, Larry created Larowil Entertainment Focusing on Talent & Television packaging. Before promoting to Agent, Larry worked for several key executives, including the President of Worldwide Network Packaging, the Vice President of Motion Picture Literary, a V.P. of Talent, & the Vice President in Television Syndication. After 3 years of intense training, Larry was promoted to Agent but chose Management as a better platform to achieve complete
diversification. On a referral, Larry was led to Erving Wonder /Sanctuary Management. As a manager and under the supervision of Troy Carter (Lady Gaga)
and Matthew Knowles (Beyonce/Destiny’s Child), Larry had consistent success
assisting in the careers of such industry vets as Eve, Angie Stone, Floetry, Jadakiss
and Actors Leila Arcieri (“Manchurian Candidate”) and Idris Alba. After just 1 year, Larry left Erving Wonder / Sanctuary Management to start his own indie shingle –
The Williams Talent Agency
Within 2 years, Williams Talent Agency became the largest minority owned full-
service Talent Agency in the world! Williams Talent Agency represented some of the most highly regarded talent in the business today. Including but not limited to: the Producer of Def Comedy Jam and BET’s comedy show One Mic, 1 Academy
Award Winner, 1 Golden Globe winner, 2 Emmy Winners, 2 Ovation Award
Winners, 3 NAACP Award Winners, 5 Broadway performers, 1 Tony nominee, 1
Stella Award winner and 7 platinum selling performers! In addition to talent
representation, WTA has also entered into the world of Television & Film
packaging, and personal appearance for nationally touring comedians packaging
the film “Tons of Love.”
In 2018, Larry partnered with Henry & Leah Daniels-Butler to merge Williams
Talent Management with Connect Global, LLC to integrate talent management,
brand management, marketing, packaging and production efforts via shingle
1oneninety5 Productions.
“The Future is wide open for me. My vision is a vertically integrated, seamless
world of Entertainment, where entertainers float from industry to industry, genre
to genre, medium to medium.”
~ Larry O. Williams, Jr. 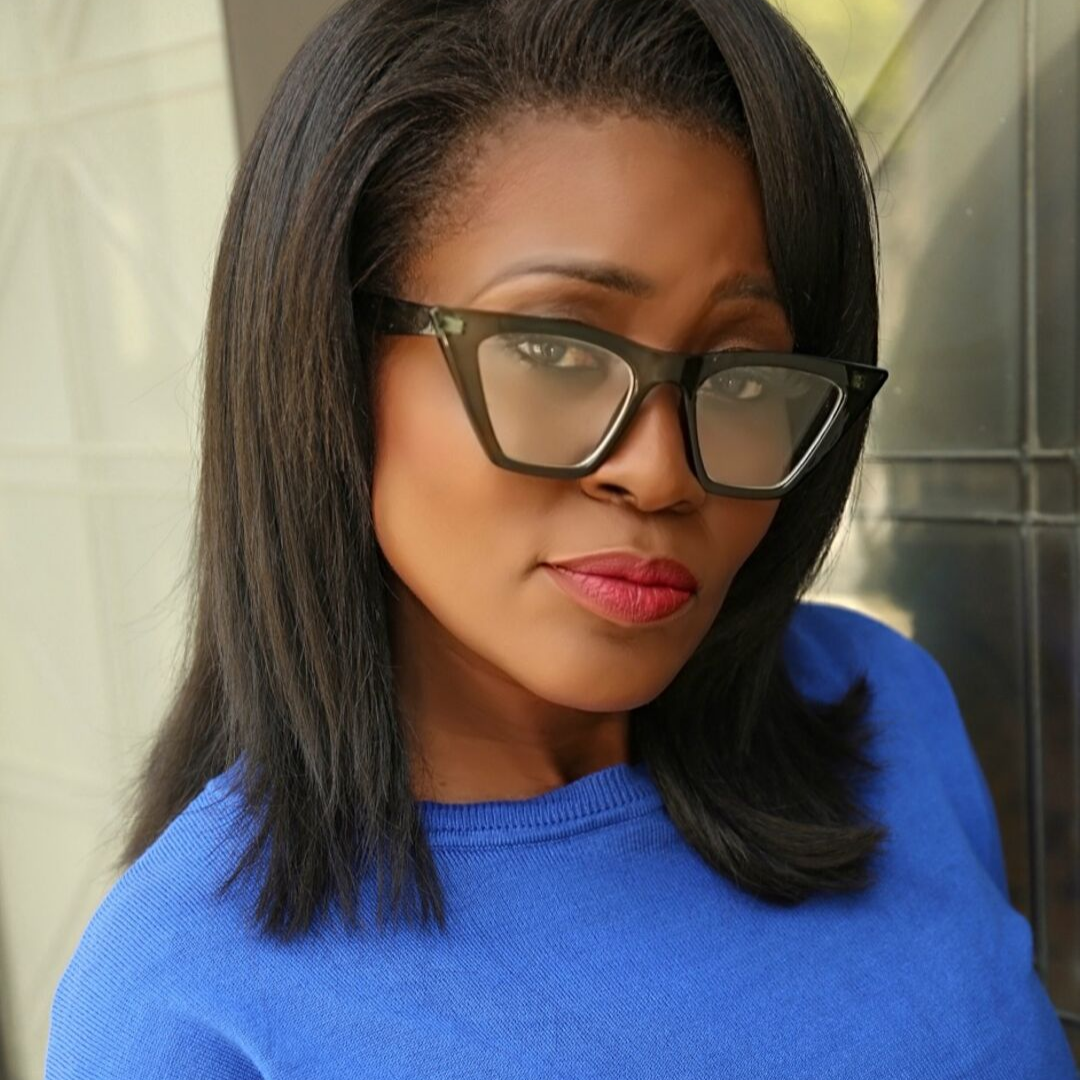 Over the last thirteen years, Reid Johnson-Rich has built a reputation for delivering unprecedented results in generating publicity for personalities, businesses, products and high profiled events by creating and executing high performing publicity campaigns that speak.

In an era where the convergence of technology, marketing and public relations are a standard synergy, Reid believes that managing an effective media campaign begins with understanding the goal and vision of the client.

By employing this one simple step in the beginning, Reid is able to affectively assess client needs, explore opportunities, define goals, and exercise strategic planning to launch and manage an amazingly effective PR campaigns every time!

Reid is also an active member of Women of Color Unite, Women-in-Moving-Pictures, the JTC List, Sisters In Spirit and SAG/AFTRA.